As we have seen during the introduction, the first step to reverse engineer a product is through scanning with the help of 3D scanners. Early eras have seen the painstaking task of obtaining dimensions of an existing product. These methods were time consuming and needed attention to details from the very first stage.

However, with the rapid development in the scanning technology, the inception of a product has caught speed and the chances of errors have reduced dramatically which has made 3D scanning and measurement an important part, starting from design stage to inspection stage.

3D laser scanning is the technology to capture a physical object’s exact size and shape using a laser beam to create a digital 3-dimensional representation of the same. 3D laser scanners create “point clouds” of data from the surface of an object.

We will go through point clouds in later sections.

3D laser scanning efficiently takes the measurements of contoured surfaces and complex geometries which require huge amounts of data for their accurate description because doing this with the use of traditional measurement methods is impractical and time consuming. It creates accurate point cloud data by acquiring measurements and dimensions of free-form shapes.

The basic working principle of a 3D scanner is to collect data of an entity. It can either be:

In reverse engineering, laser scanner’s primary aim is to provide a lot of information about the design of an object which in the later stages gets converted to 3D CAD models, considering the compatibility of 3D scans and Computer Aided Design (CAD) software. 3D scans are even compatible with 3D printing which requires some specific computer software.

3D scanning technologies varies with different physical principles and can be classified as follows:

Contact based 3D scanning technology: This process requires contact between the probe and the object, where the probe is moved firmly over the surface to acquire data.

Apart from scanning technologies, there are various types of 3D scanners. Some are built for short range scanning while others are ideal for medium or long range scanning. The built and usage of specific scanners hugely depend upon size of the object to be scanned. The scanners used for measuring small objects vastly differ from the ones that are used for large bodied objects, such as a ship.

Here is a brief summary of types of 3D laser Scanners: 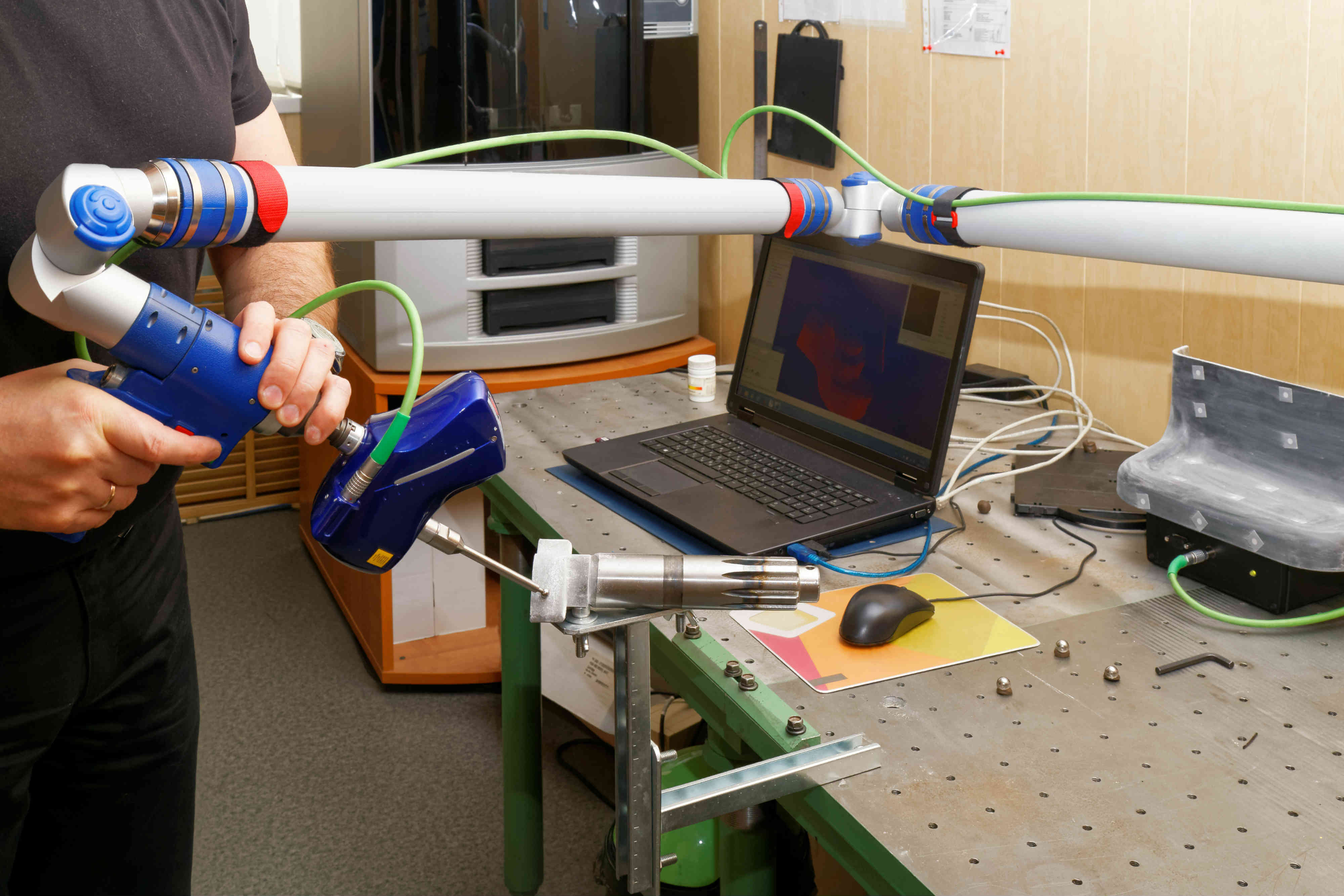 3D scanners have contributed a lot over the years and needless to say, it comes up with many benefits. Some of them are as follows: