Whether working on a renovation project or making an information data about an as-built situation, it is understandable that the amount of time and energy spent on analysis of the object/project in hand can be quite debilitating. Technical literatures over the years, has come up with several methods to make a precise approach. But inarguably, the most prominent method is the application of Point Clouds.

3D scanners gather point measurements from real-world objects or photos for a point cloud that can be translated to a 3D mesh or CAD model.

But what is a Point Cloud?

Point clouds are used to create 3D meshes and other models used in 3D modeling for various fields including medical imaging, architecture, 3D printing, manufacturing, 3D gaming and various virtual reality (VR) applications. A point is identified by three coordinates that, correlate to a precise point in space relative to a point of origin, when taken together. 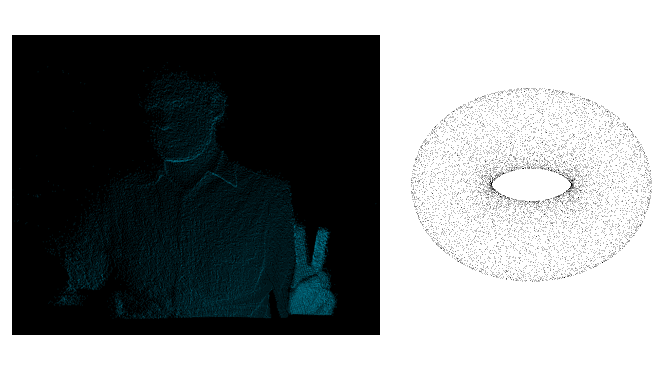 There are numerous ways of scanning an object or an area, with the help of laser scanners which vary based on project requirement. However, to give a generic overview of point cloud generation process, let us go through the following steps:

Scanning a space or an object and bringing it into designated software lets us to further manipulate the scans, stitch them together which can be exported to be converted into a 3D model. Now there are numerous file formats for 3D modeling. Different scanners yield raw data in different formats. One needs different processing software for such files and each & every software has its own exporting capabilities. Most software systems are designed to receive large number of file formats and have flexible export options. This section will walk you through some known and commonly used file formats. Securing the data in these common formats enables the usage of different software for processing without having to approach a third party converter.

OBJ: It is a simple data format that only represents 3D geometry, color and texture. And this format has been adopted by a wide range of 3D graphics applications. It is commonly ASCII (American Standard Code for Information Interchange).

PLY: The full form of PLY is the polygon file format. PLY was built to store 3D data. It uses lists of nominally flat polygons to represent objects. The aim is to store a greater number of physical elements. This makes the file format capable of representing transparency, color, texture, coordinates and data confidence values. It is found in ASCII and binary versions.

PTS, PTX & XYZ: These three formats are quite common and are compatible with most BIM software. It conveys data in lines of text. They can be easily converted and manipulated.

PCG, RCS & RCP: These three formats were developed by Autodesk to specifically meet the demands of their software suite. RCS and RCP are relatively newer.

E57: E57 is a compact and widely used vendor-neutral file format and it can also be used to store images and data produced by laser scanners and other 3D imaging systems.

The laser scanning procedure has catapulted the technology of product design to new heights. 3D data capturing system has come a long way and we can see where it’s headed. As more and more professionals and end users are using new devices, the scanner market is rising in a quick pace. But along with a positive market change, handling and controlling the data available becomes a key issue.