In the previous session, we have learned what Mesh is and the various aspects upon which a mesh can be classified. Mesh generation requires expertise in the areas of meshing algorithms, geometric design, computational geometry, computational physics, numerical analysis, scientific visualization and software engineering to create a mesh tool.

Over the years, mesh generation technology has evolved shoulder to shoulder with increasing hardware capability. Even with the fully automatic mesh generators there are many cases where the solution time is less than the meshing time. Meshing can be used for wide array of applications, however the principal application of interest is the finite element method. Surface domains are divided into triangular or quadrilateral elements, while volume domain is divided mainly into tetrahedral or hexahedral elements. A meshing algorithm can ideally define the shape and distribution of the elements.

A key step of the finite element method for numerical computation is mesh generation algorithms. A given domain is to be partitioned it into simpler ‘elements’. There should be few elements, but some portions of the domain may need small elements so that the computation is more accurate there. All elements should be ‘well shaped’. Let us take a walkthrough of different meshing algorithms based of two common domains, namely quadrilateral/hexahedral mesh and triangle/tetrahedral mesh.

The grid based method involves the following steps: 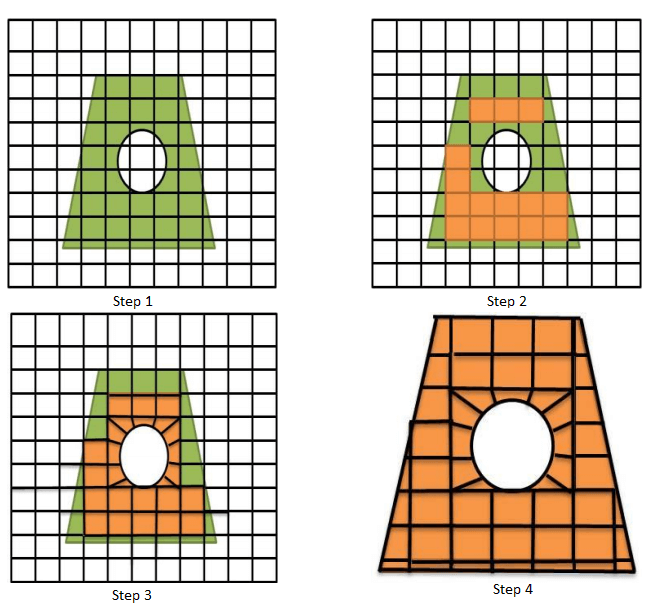 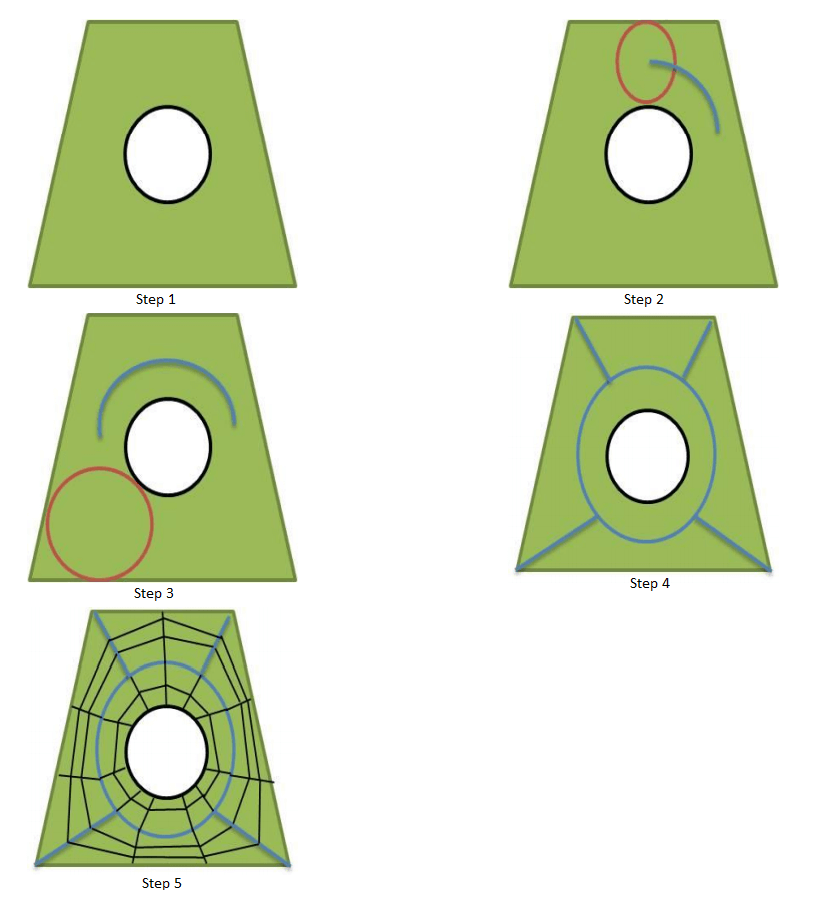 Plastering is the process in which elements are placed starting with the boundaries and advancing towards the centre of the volume. The steps of this method are as follows: 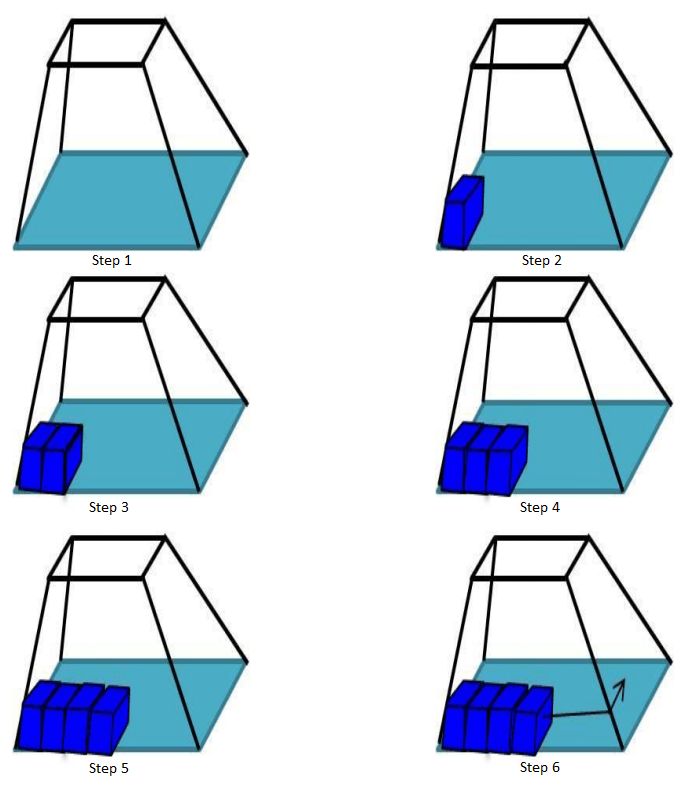 Whisker weaving is based on the concept of the spatial twist continuum (STC). The STC is the dual of the hexahedral mesh, represented by an arrangement of intersecting surfaces, which bisect hexahedral elements in each direction. The whisker weaving algorithm can be explained as in the following steps: 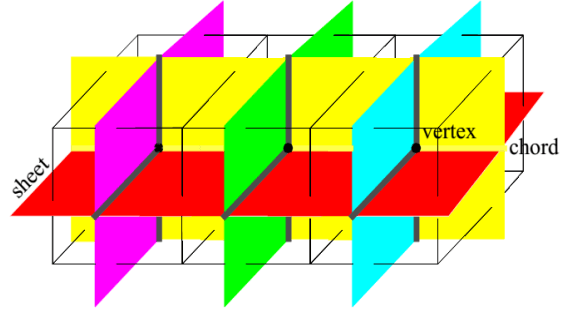 The paving method has the following steps to generate a quadrilateral mesh: 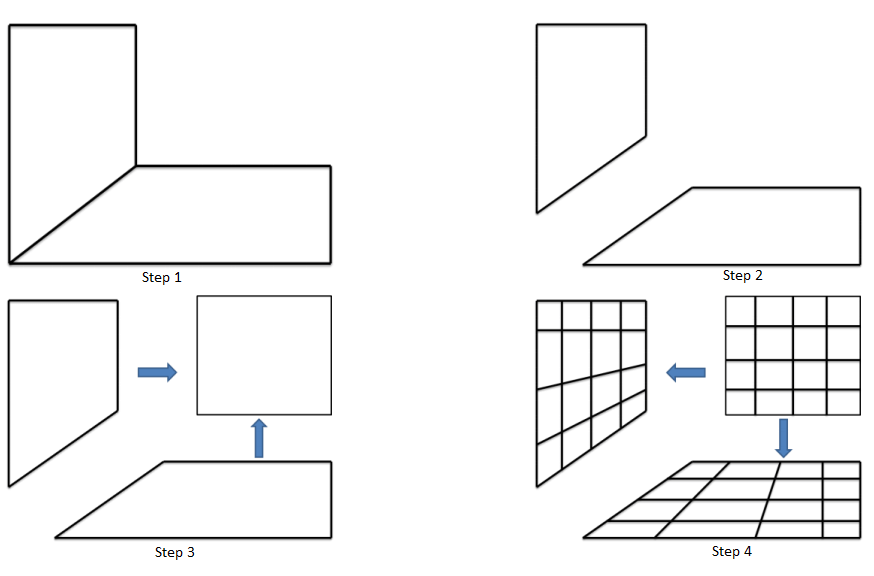 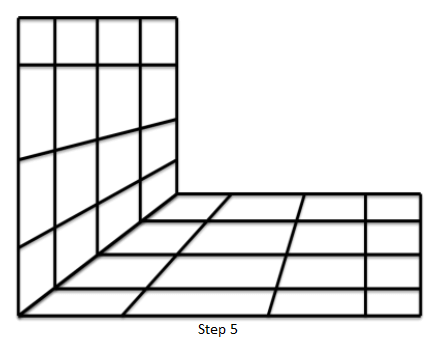 With the quadtree mesh method, square containing the geometric model are recursively subdivided until the desired resolution is reached. The steps for two dimensional quadtree decomposition of a model are as follows: 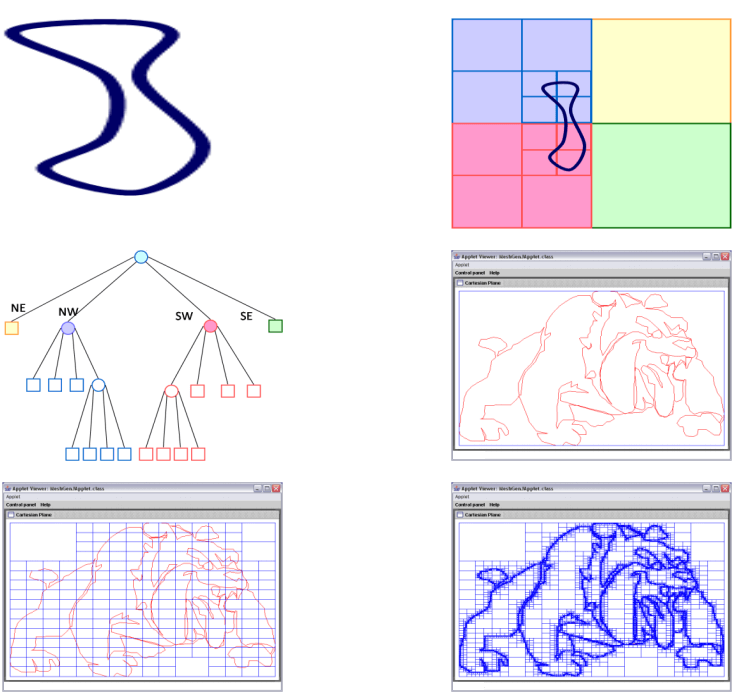 Delaunay Triangulation maximizes the minimum angle of all the angle of triangle and it tends to avoid skinny triangles. 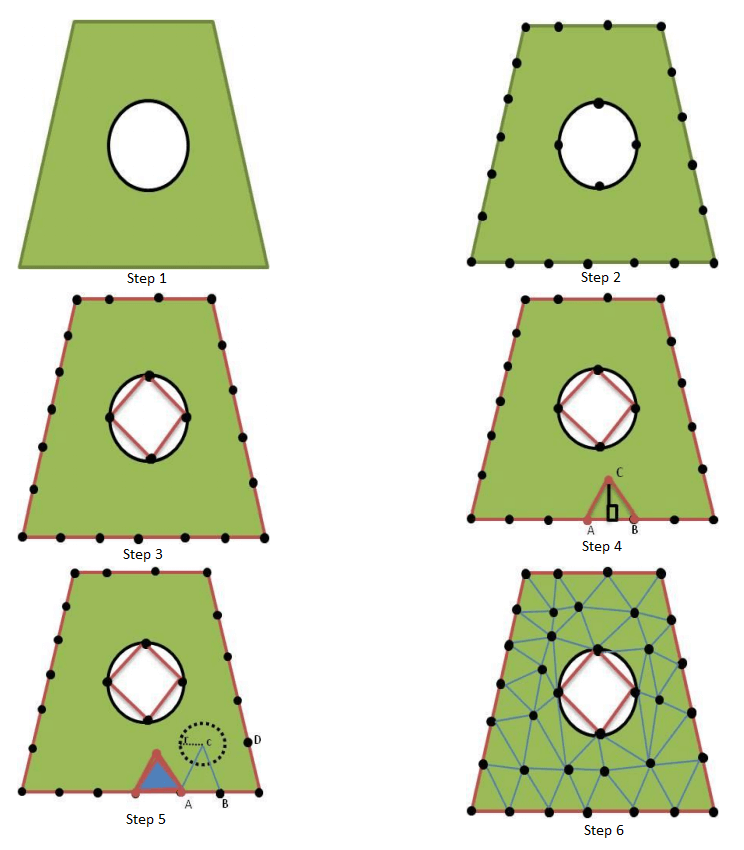 The steps for spatial decomposition method are as follows: 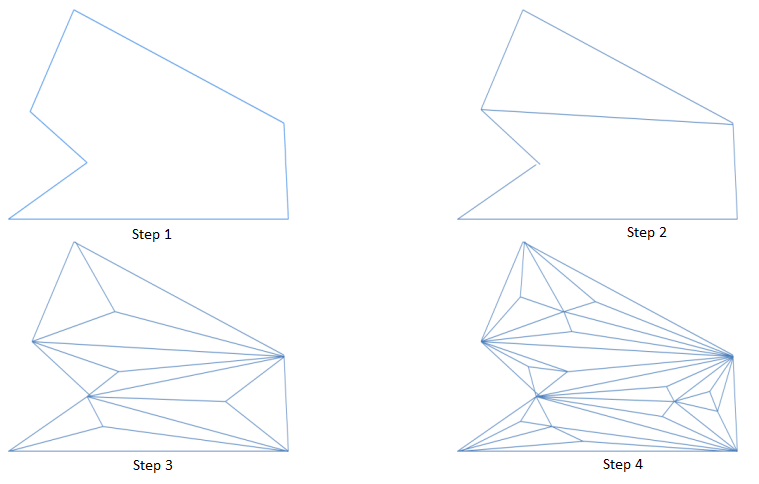 The sphere packing method follows the given steps: 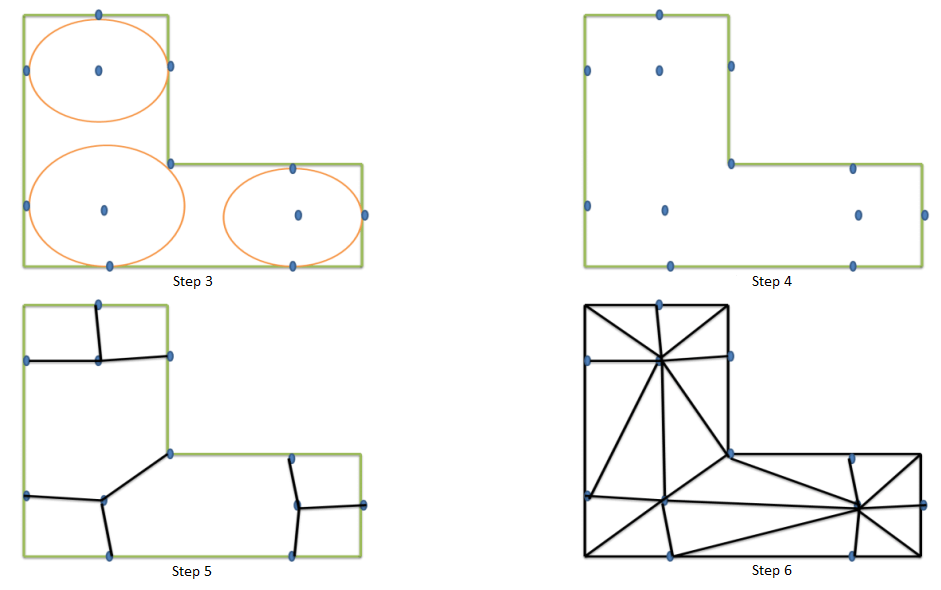