In November 2014, E-commerce giant Amazon announced the launch of Alexa, a voice-controlled virtual assistant whose task is to transform words into action. It caught the attention of tech enthusiasts and the general populace alike. The inclusion of Samuel L. Jackson’s voice in Alexa was the talk of the tech town.

Recent years have witnessed a climactic change in the way technology interacts with humans. Alexa happens to be just that one card out of the deck. From Tesla’s cybertruck to internet giant Facebook’s EdgeRank and Google’s PageRank has called for both awe and a little bit of commotion within the tech community. The driving force behind such innovations can be put under a single umbrella term — Artificial Intelligence or AI.

Artificial intelligence (AI) can be defined as — the simulation of human intelligence in machines, especially computer systems and robotics. The machines are programmed to think and mimic human actions such as learning, identifying, and problem-solving.

Although AI has burst into the scene nowadays, the history of AI goes way before the term was first coined. It is safe to say that the principle is derived from the Automata theory and found references in many storybooks and novels. Early ideas about thinking machines emerged in the late 1940s to ’50s by the likes of Alan Turing or Von Neumann. Alan Turing famously created the imitation game,
now called the Turing Test.

After initial enthusiasm and funding on machine intelligence until the early 1960s,entered a decade of silence. It was the period of reduced interest and funding on research and development of AI. This period of decline is known as ‘AI Winter.’ Commercial ventures and financial assistance dried up and AI was put on hibernation for the said period.

The neural networks consist of a set of algorithms that loosely mimics a human brain. It means much like a human brain; it is designed to interpret sensory data, cluster raw inputs, and classify them accordingly.

Since the emergence of computers and artificial intelligence, computer scientists have drawn parallels between these intelligent machines and human minds. The comparison reached a pinnacle when, in 1997, an information technology company, IBM, created a computer known as Deep Blue to participate in a chess match with renowned chess master Gary Kasparov. The match went on for several days and received massive media coverage. After a six-game match, Gary Kasparov secured a win, Deep Blue secured two wins and rest three draws. The highlight of the spectacle, however, was the ability of machines to push forward the boundaries and lay down a new benchmark for computers.

Deep Blue made an impact on computing in many different industries. It enabled computer scientists to explore and develop ways to design a computer to tackle complex human problems with the help of deep knowledge to analyze a higher number of possible outcomes.

The rise in popularity of social media with Facebook saw the implementation of AI/ML in a wide array of applications. One prominent characteristic was the use of DeepFace. As the name suggests, DeepFace is a deep learning facial recognition system designed to identify human faces in digital images. DeepFace was trained on four million images uploaded by Facebook users and is said to reach an accuracy of 97%. Not so long after, NVIDIA launched Generative Adversarial Network (GAN), which is a class of machine learning designed to generate new data with the same inputs provided. The portraits created by GAN is so realistic that a human eye can be fooled into thinking it as a real snapshot of a person. GAN has seen widespread usage in the creation of celebrity faces. Google’s popular doodles are an outcome of the GAN system. 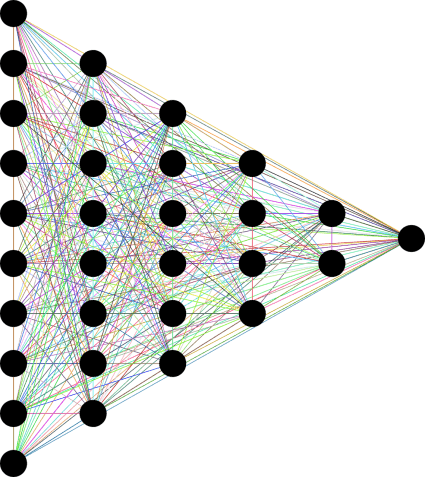 The advent and rise of AI, however, has generated quite of bit of negative speculations as well, owing to recent developments in the said field. Some key concerns are as follows:

While there are certainly lots of speculations for AI, we expect that the next AI winter would not come. Another AI winter is possible if we repeat the past circumstances. As for now, AI is becoming a part of our daily lives. It is in our cars, phones, and other technologies we use on a day-to-day basis. It is common to interact with AI regularly, whether it is a helping chatbot, personalized ad or better movie show/TV suggestions. AI is too much integrated into our lives and only time will tell where it heads.