Automation vs. Future Job Market: How Will It Unfold

Automation is here to stay

An automated warehouse in Hong Kong that runs 24/7 uses a swarm of robots driven by AI to help deliver groceries. Known as Autonomous Mobile Robots, or AMR, they operate on a tailored track laden with QR codes to track their movements. The data they collect aids in improving their efficiency over time. The more the robots work, the smarter they become. 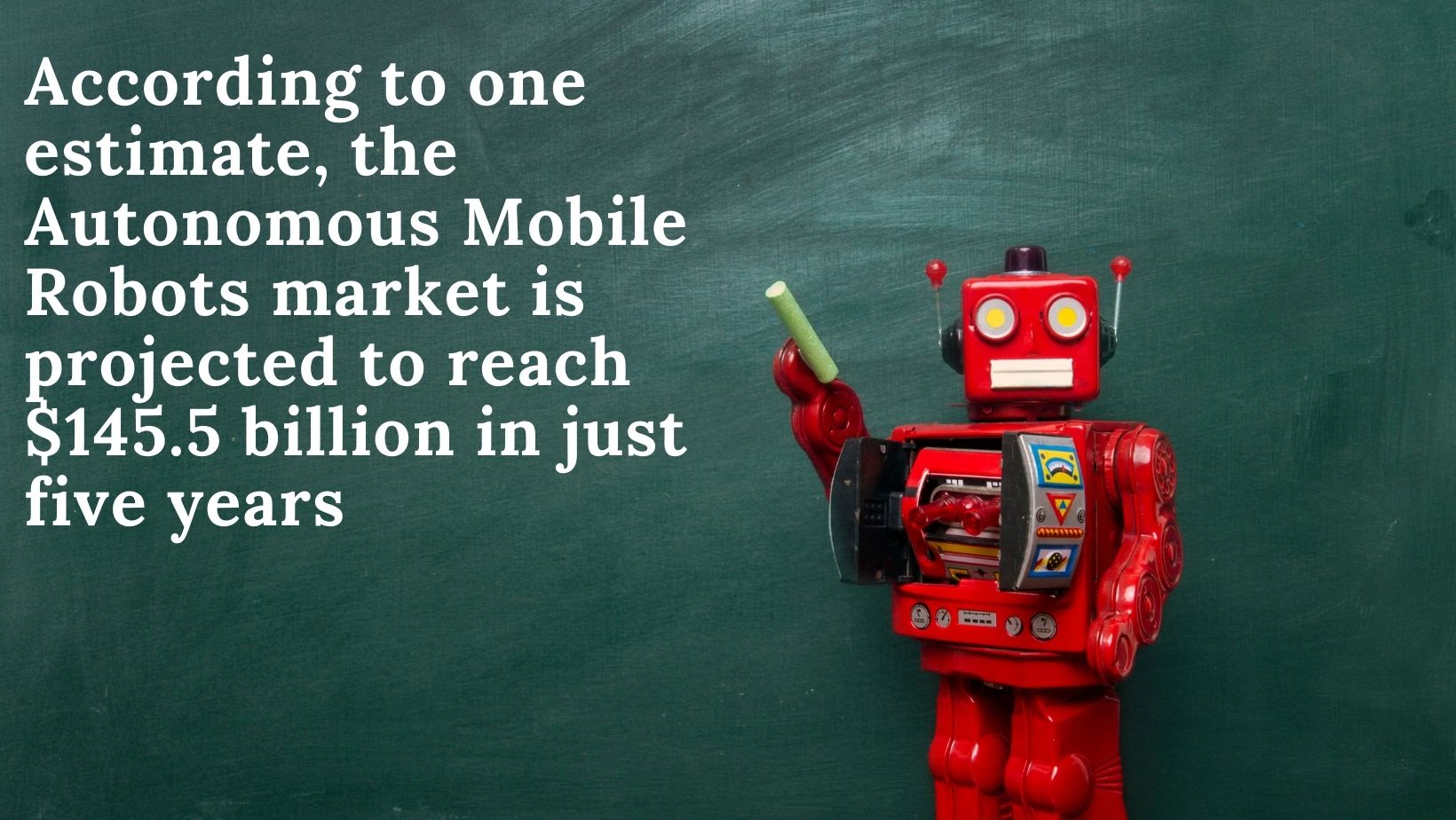 AI has helped meet modern consumers’ demands for fast delivery. The current Covid-19 pandemic has increased markets for automated logistics. Big players in e-commerce like Amazon and Alibaba already have a horde of AI-powered robots relentlessly doing their bidding. These Robots and computerized systems running them are subsets of a much bigger field of study: Artificial Intelligence.

Automation is here to stay and thrive. There is no going back from a technology that is on a mission to transform how we interact with our daily tasks. Automation is everywhere, From warehouses to factories, from mobile phones to customer support, from cab services to transportation. You name a field, and Automation is already prevailing in it.

Tesla and SpaceX CEO Elon Musk claimed that AI will be smarter than humans and will overtake by 2025. Although it sounds a bit exaggerated, the rate at which AI and Automation are galloping towards the future, such predictions are entirely dismissible. However, Elon Musk also described AI as an existential threat. There have been growing concerns about AI taking over human jobs.

Is it a grave threat, or is it fear-mongering?

As per a leading consulting firm, one in three US employees will hand over jobs to Artificial Intelligence by 2030.

How Automation is affecting various industries

Coming back to Automation and its effect on industries, it is safe to say that some sectors will be receiving a more significant impact than others. Let us have a quick look at such industries ready to embrace the automation juggernaut.

Manufacturing: Probably the biggest receiver of change when it comes to Automation, the manufacturing industry is a fast-evolving domain that needs rapid advancements in Automation. Intelligent machines and robots have been in use in this industry for a decade already. The need for Automation in manufacturing is to enable error-proof operation, consistent production, negligible downtime, fewer human factors, and constant pace. In a world where consumer demand is growing, one must be super-efficient to meet those demands by supplying products to the market continuously.

Transportation: Transportation is one of the first industries to be affected by the automation wave. Airplanes have already been using autopilots for decades. Self-driving cars are being increasingly tested and deployed on the road. Couple that with the Internet-of-Things (IoT), and we have a robust system of intelligent vehicles.

Agriculture: With the world population touching 8 billion by the end of this decade, there is a dire necessity of producing the optimum amount of food to feed the people. As a result, the agricultural sector needs increased attention regarding automating food production, distribution, and supply.

Logistics: As mentioned earlier in this blog, top companies like Amazon and Alibaba have upgraded logistics at the consumer level by employing robots, placing AI technologies to manage warehouses and delivery departments.

Healthcare and Pharmaceuticals: With the advent of nanotechnology, robotics, and IoT, the healthcare and pharma sector has climbed the ladder and introduced some groundbreaking medical treatments. The field of gene research and genetic altering system employs nanobots to carry out tasks.

Customer Relations: Remember when you enter a website, and a pop-up generates, eager to lend you support? Or how about when you have a complaint, and you interact with a customer care executive? Well, they are most likely chatbots with curated responses to address your queries and grievances. Many retail outlets in advanced nations are adopting cashier-less automated transaction desks.

Automation will end with repetitive work, and it has started shaping future jobs. It is likely that soon a lot of the current jobs will no longer exist. It is even predicted that jobs like plumbers, car mechanics, barbers, and funeral directors are likely to be replaced by automated appliances, robots, and computers.

Will Automation Take Over Jobs, Or Will It Improve Them?

As seen from the thriving tech sector, there is no immediate threat to jobs with AI, but a more radical use of technology could destroy employment opportunities for millions. Automation has been around since the late 1800s, but with the rise of the digital revolution, we see it gain momentum and be applied to a wide range of sectors and services. We are already witnessing Automation and the use of robots taking over repetitive and mundane processes like manufacturing and sending information to factory floors. In the transport sector, most of the workforce is being replaced by technology. The financial industry has also begun losing jobs to computers as these can perform most of the jobs that have to be done.

Eventually, it may result in a world full of unemployed people and loads of robots and intelligent systems. Yes, all those possibilities could turn out to be true. There are big movie franchises that show why this is not a good idea.

According to a 2013 study on the probability of automated jobs predicted that bank workers, transportation and logistics workers, and clerical and administrative workers - many middle-class jobs - were at risk of being replaced by technology.

But is that fear-mongering genuine?

While Automation will indeed displace many jobs over the next 10 to 15 years, it won’t eliminate human employees at all but rather modify the job landscape by introducing new work opportunities. Rather than eliminating the drudgery of repetitive tasks, Automation will place people in control of an entirely different set of operations. As a result, future jobs will require a different set of skills and educational requirements. By eliminating machines, most experts believe that Automation will create an enormous number of jobs.

The World Economic Forum estimates that automation will lead to a net increase of 5.8 million jobs.

An Investment Management firm predicts that Automation will boost US GDP by five percent to $1.2 trillion over the next five years. Contrary to widespread fears of job losses, the World Economic Forum predicts a net gain of 5.8 million jobs through Automation. Two-thirds of the jobs that will be transformed by Automation will be more skilled, while the other third will be less skilled.

Fears that machines will put large parts of people out of work are exaggerated. Today’s European workers are facing a degree of change as their jobs evolve with technology. Market analysts suggest that more than 80 million European employees - about 50% of the total workforce - will have to learn significant new skills and upgrade themselves for their current jobs over the next decade. In megacities such as London and Paris, employment opportunities are concentrated where few residents are qualified to fill them. This, in turn, is a situation where labor-saving tools can lead to more work for people, sometimes without interference, sometimes due to new technological requirements. 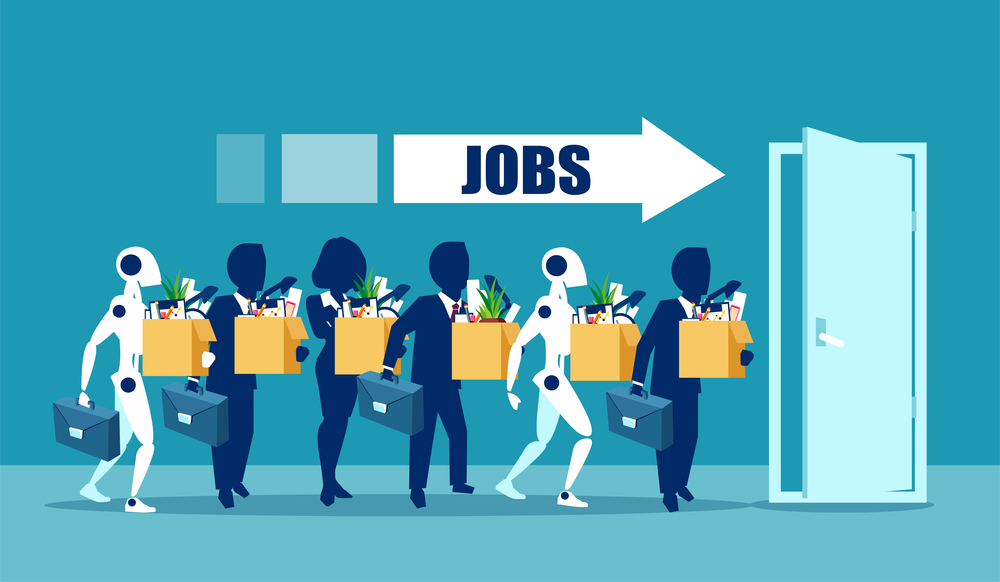 Studies claim that most jobs will modify rather than disappear entirely. Many jobs will continue to exist, with a healthy number of automated tasks. While we have seen a decline in automatic manual work and routine tasks, other skills are generally considered safe: cognitive skills such as critical thinking and socio-behavioral skills such as recognizing and managing emotions and improving teamwork. Robots are not so easy to replicate today. Competitive advantages can be summarized as Automation in selected countries, where companies can protect and increase jobs.

Data entry and office jobs are likely to decline, as computers can instantly load files and sort information. On the other hand, occupational therapists who treat, support, and evaluate people in the workplace are skills that robots are unlikely to replicate.

Companies can make a working synergy between employees and Automation. A good example is a renowned robotics company that uses Cobots - collaborative robots that companies can design to make Automation easier for human employees to use. The company has developed an online course to allow workers with no technical background to program a robot in 87 minutes. As a result, human workers can create automated robots for specific tasks, which will give back large amounts of valuable data.

The book “The Sentient Machine” is more optimistic about the impact of AI on society than books like “The Rise of the Robots,” which is more a cautionary tale, raising concerns about robot automation and AI taking over jobs only by workers but also by employees. Those who have a high probability of losing their jobs through artificial intelligence should not panic.

The Future of Automation

There is a tipping point that Automation is coming, and the impact on jobs will be determined by which country adapts most rapidly and effectively. Employers can expect to rely on computers for jobs that people would typically do. Computers are more error-free, and in some areas, more competent than human workers, so intelligent computers and their robot associates will be the future of work.

One thing is for sure. Countries highly dependent on industries like agriculture, textiles, food, and cars, are expected to be the worst hit. However, a study by The World Economic Forum predicts that even developed economies will see jobs lost to technology in the next five years. But what’s surprising is that the impact on employment is also likely to be far less intense in countries where we’d least expect it. Just before a global conference on the future of work, CNBC decided to explore how technology is transforming the world of work and the effect on both blue and white-collar workers.

The long-term impact of AI and other automation technologies on the labor market is uncertain as of now. It is recognized that many jobs will be affected, but it is difficult to predict precisely which positions in which sectors are at risk. No one knows how things will unfold in the future, so the best bet is to study the Automation & AI market, upgrade accordingly, and stay prepared.